Saturday morning and a new training cycle begins (yes I’m still calling it that as it sounds like I know what I’m doing) so a wait for the tides and off out again for a 10 miler along the coast. I’ve worked out (It’s only taken me 20 years of visiting this beach) that I can get out to run the whole thing if the tide is lower than 6 metres give or take.

It was a misty and cold which meant I had the beach to myself whch is the way I like it. Everything seemed to be ticking over nicely as far as the running went and I had great fun on the rocks pounding my legs. I know that doing this leads to fatigue around mile 7 or so. It’s got me to wondering when fatigue would kick in if I didn’t run on the rocks at all. But that would mean …. roads. Nahhhh i’ll keep wondering.

I notcied that at the point between Nash and Wick beaches that there are numerous quartz veins amongst the rocks. I’ve never really paid much notice before but noticed today how cool they are.

Many of the rocks split along these veins. 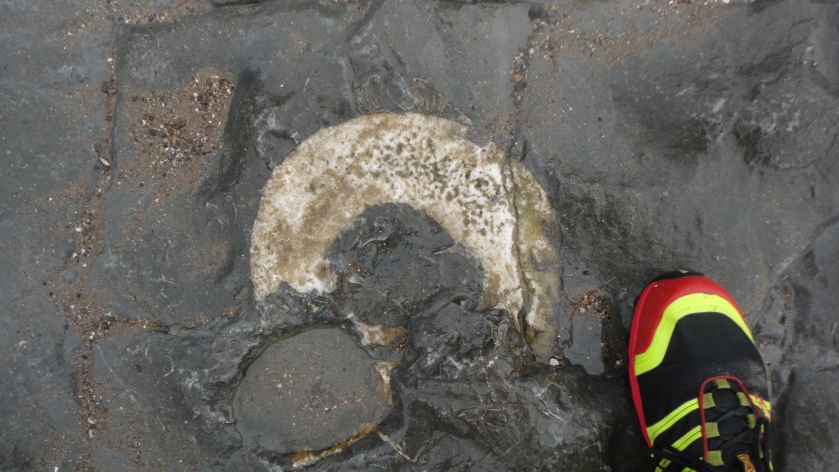 Right on cue the legs started hurting around mile 7 so I switched into my run all day pace which means dropping the pace and expend less energy covering the rocks, picking lower lines and not leaping around like a fool.

I planned around 10 miles and it was spot on. Let the cycle run on!

6 thoughts on “6 metres and falling”