I like discovering things. Hence my beachcombing sorties. This mornings run turned out to be one of discovery although it never gets planned that way.  I was up early – well half seven is early for me on a weekend – and decided today was the day to crack out my “new” running shoes. Why the “? Because technically they aren’t new. I’ve had them months but have never worn them as I’ve been waiting for better weather as they’re minimal – Inov8 Flite 240 – Which arent really trail shoes but I wanted to have a go with less cushioning.

Also they technically aren’t new because – And serious runner types look away now in horror – I do buy shoes on ebay. Yes I have a scheme. People often sell nearly new trail shoes on ebay which have been worn only once or a few times as they didnt fit. Now I’m not fussy, I’ll wear other barely used shoes once they’re disinfected and washed. And in this way I’ve picked up good bargains – These inov8s had been used once and the guy didnt like them- I picked them up for £12 – A quick google tells me they’re around £60 new.

Ok I hear you cry, but the fit – the fit is crucial!  Well yes I agree and as they say you have to kiss a lot of frogs.  The shoes I buy (And I set low limits to what I’ll spend – I’m looking for bargains and a way of testing as many brands and styles as I can cheaply) if they dont fit or they aren’t right I simply resell them – The most I lose is a few quid on shipping and I’ve turned over a profit on some. I’m honest in my ebaying, I say I bought them and they don’t fit and I say what the previous owner told me – as in they’ve done 10 miles or been worn twice.

It might be unusual and not to some peoples taste but in this way I’m learning what’s good for me and getting to try out different styles. Just like today. I had no idea what to expect from a more minimal shoe but I really enjoyed it.  The first thing I noticed was that you can really feel the trail underfoot – Not ideal on rocky patches or trails with pokey up stones (technical term there) but on grass and dirt track it was truly lovely to really feel the trail. Every small undulation was apparent, every foothold felt good. I came to hills – I was a little worried about this as the soles didn’t look grippy – Bugger how they look – These things grip like a gorilla holding the last banana! I was like a mountain goat – no a bloody ibex!

I did 10 miles in them this morning and felt comfortable all the way. I can’t wait to see how they perform on the beach and on rocks.  I can’t say I’ll definitely switch to more minimalist for good until I’ve done more testing but they aren’t being sold that’s for sure.

Back to the discoveries though.  At the top of this valley something caught my eye – rubbish. Who would drop litter here? My anger turned to curiousity though, the litter looked like a book in a bag and it turned out to be a geocache!

Next up was the top of the waterfall I go past on the beach, it’s a bit tricky to get to the top of it and there’s an easier route that I always take but today something made me scramble down to the cliff edge and I was delighted to find a pond

I kept going, enjoying the feel of the shoes, past Southerndown and turned at 5 miles to begin the journey back detouring slightly to take in Dunraven castle – I have run past this loads but never through it. I don’t know why as it’s so pretty and peaceful – I had the place to myself as I was so early.

I also discovered that my knee still hurts no matter what shoes I’m in. However I then discovered after 8 miles it hurts no more than the rest of me at that point so I don’t care!

Final discovery wasn’t really mine – It was these two discovering the world for the first time. I’m kinda glad I’ve moved to a plant based diet these days. Enjoy your weekends everyone! 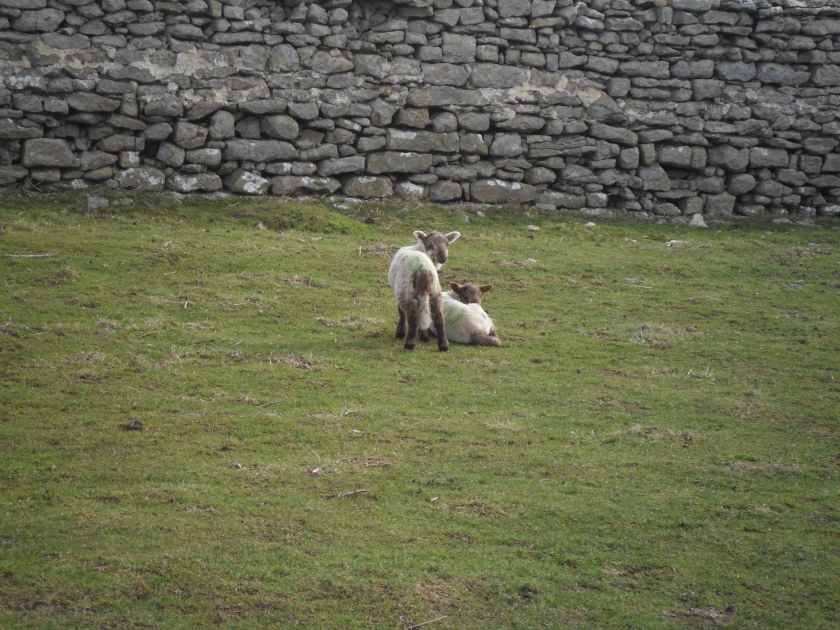 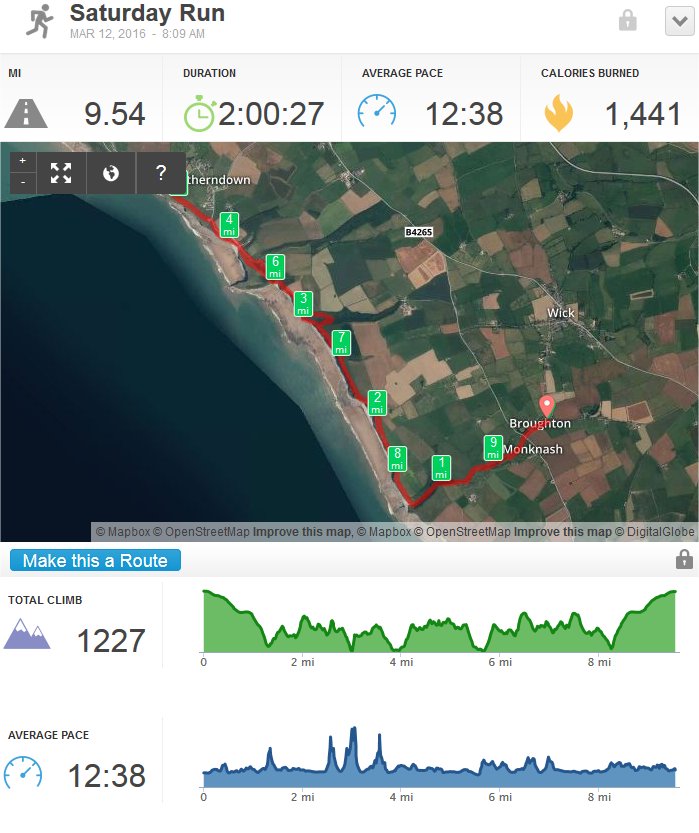