Now before you get too excited I actually only saw one of these on my run today.  However I did get four and a half miles done in the dunes at Merthyr Mawr. We also had mizzle – which wasn’t as bad as it sounds as it was kind of cooling. I was taking the pace slow and today that felt a bit more natural. However this may be because running through soft and damp sand is much harder than i’d anticipated right now. I’m not sure how long it takes to recover from injury and get the fitness back but while the rest of my body was going wheeeeeeeeee! the legs were going fuuuuuuuuuck!

So badgers ……. If you’ve followed this post a little while you may remember my last visit to Merthy Mawr and the killer badgers

Which admittedly don’t exist but …. tracks!

Beheadings ….. Ok so you need a little imagination on this one. While running I came across this …

Which reminded me of those blocks you see in medeavil films for chopping heads off etc and then I noticed the arrangement of logs creating a small semi circle facing the block.

Ok so I admit I have a vivid imagination but it’s still kinda intriguing. They must have been placed here for a reason and the ground is worn in the area.

I was delighted to find the tide was out and so I managed a circuit of the very sandy beach here. And when i say sandy I mean soft and sandy!

All in all a great run to ease back into it all. there was a small bit of niggle from the foot which is why I kept it short, slow and sensible (Not like me I know)

Finally Happy Birthday and Fathers Day to my dad who I think will read this at some point! In fact I’d like to say a huge thanks to both of my parents who have always backed me 100% in whatever I’ve done … even when they haven’t been sure its the right thing.

Last night in bed I had an idea (yeah I know sad isn’t it, saturday night and the only thing I’m getting in bed is ideas about running) about where I could test out my foot – Merthyr Mawr!  A few miles drive away is a big nature reserve type area chock full of trails and most importantly on dunes!

Off I set, a little tentative and just waiting for the foot pain to start up. I was especially nervous as I knew that too much pain and I was definitely out of next weekends half marathon (which I’m well aware I still might be depending on how today and tomorrow go)

It was great to be out running again and the niggley pain ceased as I took the pace slow and kept to the sand as much as possible.

After a while the terrain changed a little and became a little more scrublike and the sand wasn’t so deep but the foot kept of feeling fine and I was really starting to get back into the swing of things – as in my breathing was hurting more than the foot! Ah it’s good to be back :p

And then it happened! No not a foot injury – Only one creature leaves prints like this…. 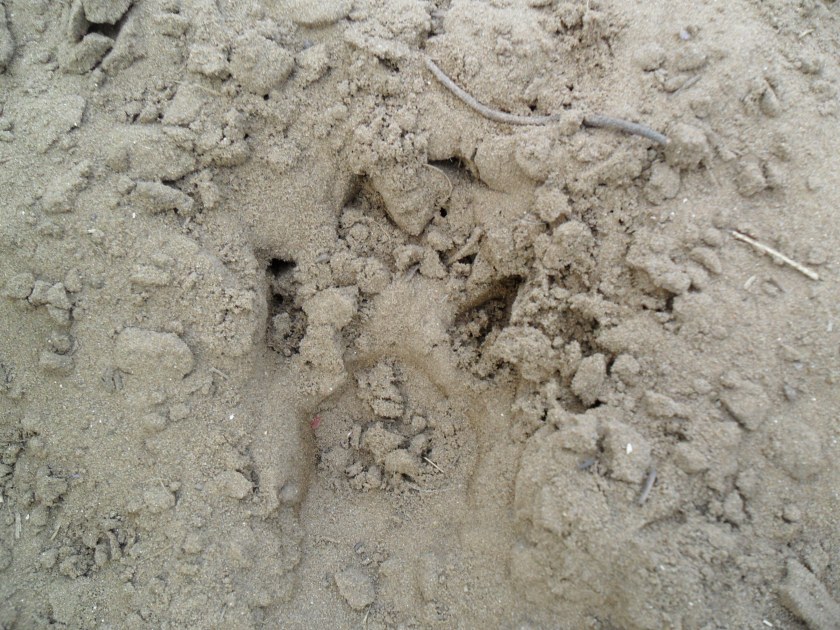 Badger! And juding by the size of the paw it was a big bugger – I was scared, out here alone. As everyone knows a badger swarm can take a lone runner down in seconds and strip them to the bone in minutes and here I was in badger country and unarmed (badgers hate spatulas – always carry one in badger country)  All I could do was push on and hope they weren’t tracking me …and then … 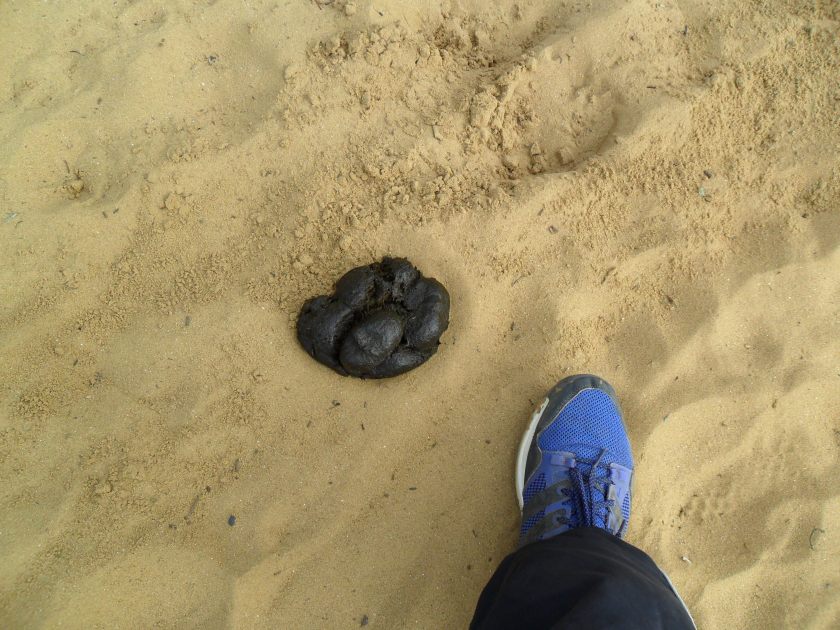 I was on the homeward stretch now and as I neared my car realised I’d been running for an hour! I reckon it was around 4 miles (I forgot my watch) which is slow going but I was happy keeping a low intensity and the sand was tough going on the legs. This is definitely progress =)

So all in all a great morning, I’m writing this while rolling and stretching my foot and I’ll admit theres a little discomfort but not as much as I feared.

I hope all your sundays rock too =)

(PS Disclaimer I may have made some parts of this post up, everyone knows badgers are attracted to spatulas, always carry an eggwhisk to deter them (and thats horse not badger shit))